The message in Russia's new nuclear weapons strategy: Don't mess with us, but let's talk

By cadaily on July 5, 2020
This post was originally published on this site

For the first time ever, the Russian government has publicly released a document laying out the logic and principles underpinning its approach to nuclear deterrence.

Formally titled “Fundamentals of Russian State Nuclear Deterrence Policy,” the report was approved by President Vladimir Putin and posted on the government’s official information web portal on June 2. Previous iterations of Russia’s deterrence policy, such as the one associated with the updated military doctrine it unveiled in 2010, were alluded to in public, but never published.

Why did Russia decide to publish its deterrence policy now? In part, it could be to dispel alleged Western misperceptions about when Russia might use nuclear weapons, specifically the Pentagon’s assessment that Moscow would threaten to use nuclear weapons — or actually do so — to intimidate an adversary into yielding in a major crisis.

Previously referred to as “escalate to de-escalate,” US officials currently describe this strategy as “escalate to win,” and have used it to justify developing US low-yield nuclear weapons options to counter it.

The newly published strategy document implies that nuclear weapons deter escalation through their mere existence. Even so, the paper also warns adversaries against a range of actions that Moscow claims would raise the danger of nuclear war by presenting threats to Russia. These include deploying ballistic and cruise missiles, armed drones, missile defenses and even large concentrations of general-purpose forces — like a US Army brigade — near Russian territory.

Without mentioning the US or its allies, the wording thereby amplifies Moscow’s familiar complaints about NATO military activities in Russia’s vicinity, the alliance’s nuclear-sharing doctrine, the US global missile defense architecture, and fears of new US ground-launched missiles being deployed near Russia.

In an effort to further bolster deterrence, the document warns adversaries that Moscow will inflict “unacceptable” damage in retaliation for any aggression against Russia or its allies. The wording underscores both Russia’s nuclear capacity and its will to use it.

While it also notes the need to rely on conventional forces as well as economic, diplomatic and other means of non-nuclear deterrence, the document makes evident that Russian policymakers still perceive nuclear forces as essential for backstopping their growing but insufficient portfolio of conventional and political-military tools.

Additionally, the criterion for the size of Russia’s nuclear forces as laid out in the policy paper — “a level sufficient to ensure nuclear deterrence” — is so vague as to justify an arsenal of any scale. The guidelines also emphasize Russia’s flexible response options in terms of the magnitude, timing, means and targets of possible nuclear retaliation.

Russian military writings envisage the use of nuclear weapons in a range of scenarios, from regional conflicts to great-power wars. Likewise, Russian commanders have probably developed tailored nuclear force packages for many scenarios. 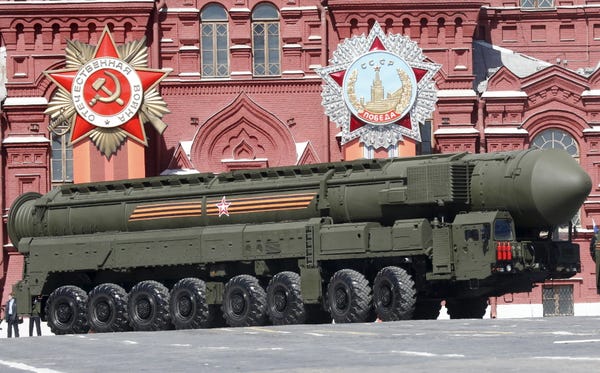 A Russian Yars RS-24 intercontinental-ballistic-missile system in a rehearsal for the Victory Day parade in Red Square in central Moscow, May 7, 2015. REUTERS/Grigory Dukor

But the newly published nuclear deterrence policy notably goes beyond threatening nuclear retaliation for a nuclear strike on Russian territory. It affirms that Moscow might employ nuclear weapons to defend Russia or its allies against any attack causing mass destruction, including those involving non-nuclear systems — presumably cyber or precision conventional weapons — that could inflict damage comparable to nuclear strikes.

As examples of what kind of threats this policy is meant to deter, the paper points to attacks targeting Russia’s retaliatory nuclear arsenal, its national command authority or its critical civilian infrastructure. Russian policymakers clearly hope to deter the kind of decapitation strikes the US Air Force employed at the outset of the US wars in Iraq and Kosovo.

In this regard, the document also confirms Putin’s earlier statements about Moscow’s “launch under attack” posture, which considers the use of nuclear weapons based on “reliable information” of incoming missiles aimed at Russia or its allies.

This stance, designed to avert a potential US first strike with either nuclear or conventional weaponry on Russia’s nuclear forces or supporting command-and-control architecture, is unnerving given the well-publicized flaws in Russia’s strategic early warning system.

However, this declared posture may simply aim to discourage NATO from launching any missiles near Russia, including those with non-nuclear or low-yield nuclear warheads, since verifying if an incoming missile carries a large, small or non-nuclear payload is presently impossible. 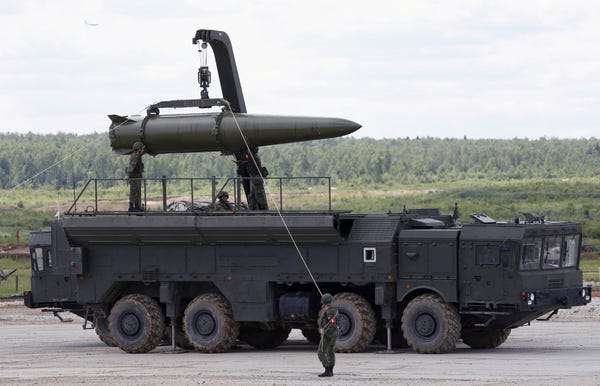 To what extent the new document genuinely reflects the Russian leadership’s thinking on nuclear war is unclear. But even if it does, the paper notes that the government can revise its deterrence doctrine at any time if internal or external conditions change.

Regarding the debate over escalation and a nuclear first strike, Western skeptics argue that Moscow’s professed disinterest in waging a nuclear war is contradicted by a range of Russian actions and positions.

As a result of Russia’s procurement practices, all of its new delivery systems are designed to deliver nuclear weapons, either exclusively or along with possible conventional payloads. Major military exercises regularly include drills simulating nuclear weapons use. And Russian military writings routinely include discussions of nuclear escalation scenarios and battlefield options.

In particular, Russia’s sustained investment in improving both the quantity and quality of its so-called tactical nuclear weapons is widening a numerical imbalance with the United States that is already strongly in Moscow’s favor, thereby providing ammunition to those who believe the Russian military would consider employing these weapons as part of an “escalate to win” strategy.

The document does not articulate how Russia’s nuclear deterrence policy applies to China, which also deploys weapons of mass destruction, missiles and general-purpose forces near Russian territory. In all likelihood, Russian strategists plan to use nuclear weapons in the event of a major war with China, given the difficulties of defending the remote Russian Far East with conventional forces. But such contingencies have been absent from official discourse for the past decade.

When asked by a Russian reporter about the new policy paper, a spokesperson for the Chinese Foreign Ministry responded reassuringly that “China respects and understands Russia’s efforts to safeguard national security interests.” If pressed, Russian officials could point to the document’s wording, by which Russia’s nuclear deterrence policy applies only to states that view Russia as a “potential adversary,” which Chinese leaders profess not to do. 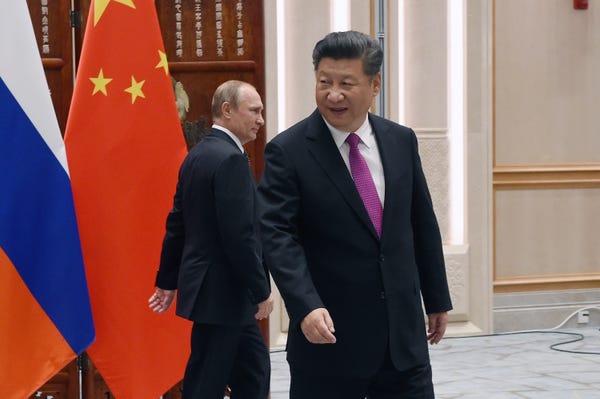 The text mentions in passing that Russia will pursue “all necessary efforts for reducing the nuclear threat.” Although perhaps not its main or even intended purpose, this passage does respond to the Trump administration’s recently declared nuclear arms control agenda.

In several speeches and documents, US officials have formally laid out their goals of limiting Russia’s new, nuclear-capable strategic weapons, nondeployed nuclear warheads and nonstrategic nuclear weapons — as well as of securing Moscow’s support against nuclear proliferation and for including China in future negotiations on nuclear arms.

Russia’s new nuclear deterrence policy delineates the US weapons, deployments and technologies that Russian officials will likely press to limit when Washington and Moscow resume their formal arms control talks in the coming weeks, such as American strategic defenses and nuclear weapons deployed in Europe.

As a public declaration partly designed for foreign audiences, Russia’s paper on nuclear deterrence does not resolve Western debates about Russian nuclear strategy. However, it makes evident both the similarities and differences between Russian and US thinking about nuclear weapons. Both governments embrace nuclear deterrence while accusing the other of recklessly planning nuclear escalation.

Additionally, since the lengthy list of Russian concerns are unlikely to soon dissipate, the prospects for expanded Russian-American cooperation on nuclear arms control will remain modest no matter who wins the US presidential election in November.

Richard Weitz is a senior fellow and director of the Center for Political-Military Analysis at the Hudson Institute. He would like to thank the John D. and Catherine T. MacArthur Foundation for supporting his nuclear-related research and writing.