By jkossoff@businessinsider.com Julian Kossoff on July 4, 2020
This post was originally published on this site

The celebrity attorney and Harvard law professor Alan Dershowitz said Ghislaine Maxwell, the former girlfriend of Jeffrey Epstein, who is accused of aiding his sex crimes, has the right to be presumed innocent.

Writing in a column for The Spectator US edition, the renowned lawyer, who has previously represented Epstein, said: “Many in the public however, will presume her guilty because of the portrayal of her in the Netflix series about Jeffrey Epstein.”

But no one should believe anything they saw in that series, because it was based largely on the accounts of two women with histories of making dubious accusations,” he said.

Alan Dershowitz. Mario Tama/Getty Images Dershowitz contends that the evidence implicating Maxwell in a grooming role is “based largely on the accounts of two women with histories of making dubious accusations.”

The two women are some of the more than 20 women who have come forward to accuse Epstein, some also named Maxwell.

In the article, Dershowitz names Virginia Roberts Giuffre, who has alleged she was groomed by Epstein and Maxwell as a teenager to have sex with both of them and famous men like the UK’s Prince Andrew. She also claims she had sex with Dershowitz on several occasions, allegations the 81-year-old vehemently denies.

She sued Dershowitz in 2019 after he called her a  “serial perjurer,” a “serial liar” and a “serial prostitute,” and he filed a counter-suit, saying he had never met her. 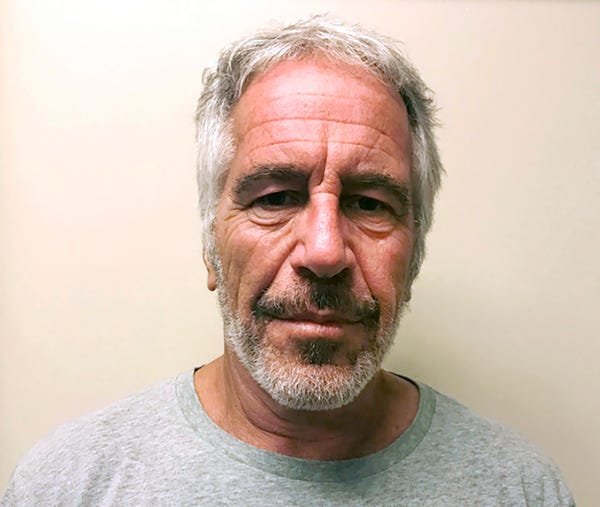 The other woman he lists is Sarah Ransome, who said she tried to escape from Epstein’s private island and that Epstein “was literally sexually abusing us all day long.”

Dershowitz said that Ransome claimed to the New York Post in 2016 that she had sex tapes of Hillary Clinton and Donald Trump while calling them “pedophiles” and that Hillary Clinton ordered the CIA to kill her and to destroy her tape. He claimed that she later admitted to making up the story.

New Yorker reporter Connie Bruck claimed in a July 2019 article that Ransome told her she had “invented the tapes to draw attention to Epstein’s behavior, and to make him believe that she had ‘evidence that would come out if he harmed me.'”

Dershowitz wrote: “So everyone should keep an open mind about Maxwell as they should about others who have been accused by Epstein’s alleged victims.” 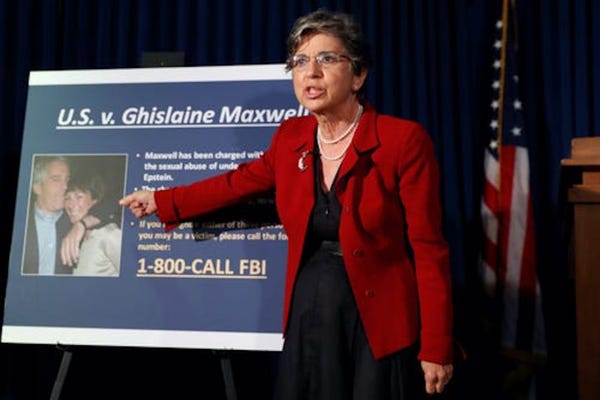 Audrey Strauss, the acting US attorney for the Southern District of New York, announcing charges against Maxwell on Thursday. REUTERS/Lucas Jackson

Dershowitz was part of Epststein’s legal team in 2008, when Epstein pled guilty after he was accused of sexually abusing underage girls.

The plea deal struck resulted in Epstein spending just 13 months in a county jail. But he was again arrested in July 2019 on the sex trafficking charges.

The Netflix documentary referenced by Dershowitz was released in May 2020, long after the charges were brought against Epstein, and after Epstein’s death.

Epstein killed himself in jail in August 2019.

Business Insider reached out to Netflix for comment but did not immediately receive a response on Saturday. 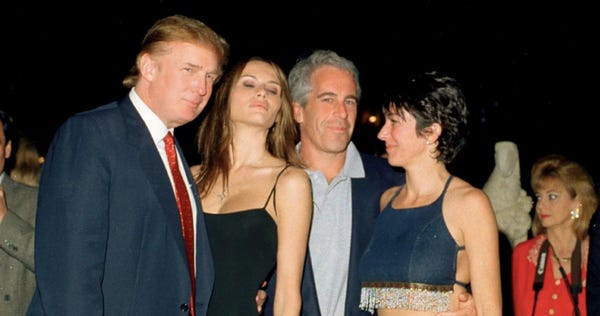 After Epstein’s death, Maxwell’s arrest could mean that new details about the case emerge, and that high-profile figures, like Prince Andrew, who have been accused as part of it, come under a new spotlight.

Dershowitz said that Maxwell’s lawyers could defend her using factual arguments, could be covered by Epstein’s 2008 plea deal, and could argue that “the Statute of Limitations have expired on these 20-plus year allegations.”

They may also argue that Maxwell is protected by Epstein’s original plea deal that expressly included Maxwell as someone who received immunity,” he said.

“So stay tuned. The case against Ghislaine Maxwell is far from over.”

Published in Entertainment, Money and World