70% of people infected with the coronavirus did not pass it to anyone, preliminary research shows. Superspreading events account for most transmission.

By awoodward@businessinsider.com Aylin Woodward on June 4, 2020
This post was originally published on this site

Superspreader events, in which one person infects a disproportionately large number of others, are the primary means by which the coronavirus spreads, new research suggests.

A group of epidemiologists in Hong Kong found that just 20% of cases studied there were responsible for 80% of all coronavirus transmissions. The researchers also found 70% of people infected with the coronavirus didn’t pass it to anyone else and that all superspreading events involved indoor social gatherings.

“That’s the picture we have so far,” Ben Cowling, one of the study coauthors, told Business Insider. “Superspreading events are happening more than we expected, more than what could be explained by chance. The frequency of superspreading is beyond what we could have imagined.”

That information could inform how policymakers craft rules to keep people safe.

“Now we know which measures might give you the most bang for your buck — if we could stop the superspreading from happening, we’d benefit the most people,” Cowling said.

A small number of superspreading events account for most transmission

Superspreader events around the world have created clusters of coronavirus infections that cropped up almost overnight. A South Korean churchgoer infected 43 others in February, a singer infected 53 people at a choir practice in Washington a month later, and a New York lawyer was responsible for passing the coronavirus to more than 100 others in his community.

For their research, Cowling and his colleagues examined more than 1,000 coronavirus cases in Hong Kong between January 23 and April 28.

They found that superspreading was the primary means of transmission in the city. About 350 of the cases analyzed were a result of community spread, while the rest were imported from other countries. Within the community-spread cases, more than half were connected to six superspreading events.

The term “superspreader” refers to an infected person who transmits the virus to more people than a typical infected person would. A virus’ R0 value (pronounced “R-naught”) refers to the average number of people that one sick person goes on to infect in a group with no immunity. The R0 of the coronavirus so far seems to hover between 2 and 2.5.

But in the case of these Hong Kong superspreading events, one person infected at least three times that many people. In fact, 20% of cases caused 80% of transmissions, a majority of which were linked to superspreading events at a wedding, temple, and multiple bars in the city’s Lan Kwai Fong district.

The remaining 20% of transmissions were result of another just 10% of cases, when infected patients passed along the virus to one, or at most two, other people — generally someone in their households.

“Social exposures produced a greater number of secondary cases compared to family or work exposures,” the study authors wrote, adding that reducing superspreading events could have a considerable effect in lowering the virus’ R0.

In a New York Times article about his team’s study, which has yet to be peer-reviewed, Cowling wrote: “You might be wondering if our study, or the experience of Hong Kong, with its small number of total infections, is more broadly representative. We think so.” 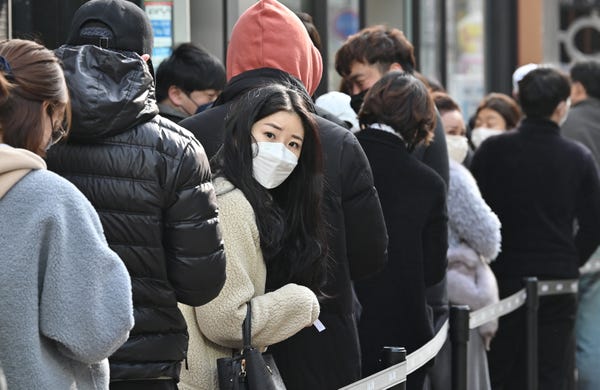 The Dongseongro shopping district in Daegu on February 27. JUNG YEON-JE/AFP via Getty Images

Indeed, other research supports his findings: A 2011 study found that 20% of a population was responsible for 80% of the transmissions of many diseases, including malaria. This is known as the “80-20 rule.”

Some scientists think that the ratio could be even smaller. A model from researchers at the London School of Hygiene and Tropical Medicine suggested only 10% of coronavirus cases accounted for 80% of global transmissions.

Coronavirus superspreader events have shared a few key characteristics: They’ve involved indoor gatherings in which a lot of people from different households were in close, extended contact.

For example, a superspreader event in Arkansas involved a pastor and his wife who attended church events and a Bible study group a few days before they developed coronavirus symptoms. Of the 92 people they came into contact with, 35 got sick. Seven had to be hospitalized. Three died. 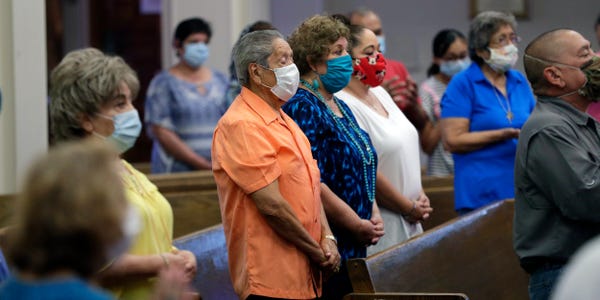 Offices and restaurants can be infection hot spots too. A study of an outbreak in a call center in Seoul, South Korea, showed that almost half the employees on one floor got infected. Nearly all of them sat in the same section.

In that sense, it’s not that certain individual people are more contagious than others or shed more virus. Instead, there’s a type of activity that gives people access to a greater number of people in areas conducive to the virus’ spread, Cowling said.

Research has found time and again that the risk of coronavirus transmission is higher indoors in poorly ventilated spaces where lots of people have sustained contact.

“You can’t have a superspreading event unless there are a lot of people around, so you have to be very careful still about gatherings of people of any size — that includes religious services,” William Schaffner, an infectious-disease expert at Vanderbilt University, previously told Business Insider.

If we target gatherings that could become superspreader events, we could avoid more lockdowns

“We’ll be in a much better position to deal with the second wave this fall,” he said. “This knowledge gives us the chance to take more measured actions without going into full lockdown again.” 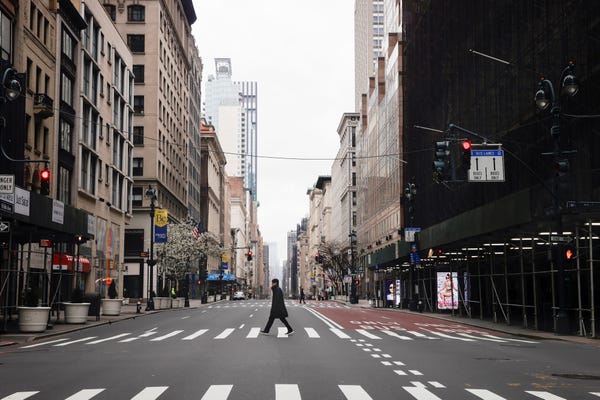 A few countries, like Japan and South Korea, have already shown that it’s possible to ride out an outbreak without dramatically restricting citizens’ movements or shutting down all stores, restaurants, and schools.

Japan’s success stems from adherence to the “3 C’s rule.” The government told people to avoid closed spaces, crowded places, and close-contact settings — all of which are ripe for superspreading events.

Going forward, Cowling thinks other countries could benefit from instituting rules that target the source of most transmissions (in addition to continued contact tracing and testing), rather than blanket shelter-in-place orders. 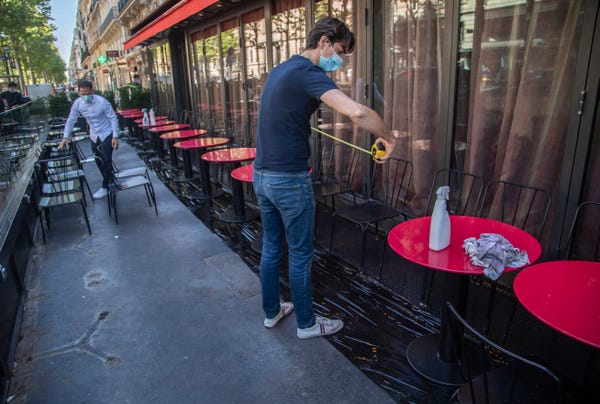 A restaurant in Paris on June 1. Michel Euler/AP

“Anything outdoors is fine. I’m less concerned about protests,” he said, adding that restaurants and bars could also probably operate at 50% capacity, with empty tables between diners.

“We need to figure out how many people per square meter is acceptable,” Cowling said. “Meetings and religious activities could go on, but with reduced numbers of people.”