Who is Dominic Raab? The anti-feminist who could replace Boris Johnson if the prime minister is laid low by coronavirus

By tcolson@businessinsider.com Thomas Colson on March 29, 2020
This post was originally published on this site

The news that Boris Johnson has tested positive for coronavirus has led to speculation about what would happen if the UK prime minister becomes too ill to remain in his job.

A spokesperson for Johnson said on Thursday that the prime minister would remain in post while he self-isolates for the next seven days.

However, if Johnson does become too ill to govern, then Dominic Raab, the foreign secretary, would fill in as his “designated survivor.”

Dominic Raab has served in Johnson’s government since he became prime minister in July 2019 and holds the honorary title of First Secretary of State.”

It is this secondary position which means that he will deputise for the prime minister in the event of serious illness and could ultimately replace him.

So who is Dominic Raab and could he end up as Britain’s next prime minister?

A Brexit hardliner who campaigned to leave the EU

Getty Raab is a vocal Brexiteer and a close ally of the prime minister. Both men supported Vote Leave, the official Brexit campaign, before the referendum in 2016.

Raab was first elected to parliament in 2010 having previously trained as a solicitor.

He fulfilled some junior ministerial roles in Theresa May’s government before being promoted to Cabinet as Brexit secretary in July 2018.

However, Raab didn’t last long in the job, only holding the role for a few months before resigning in protest over what he saw as May’s insufficiently hardline Brexit policy. “I cannot reconcile the terms of the proposed deal with the promises we made to the country in our manifesto at the last election,” Raab wrote to May. “This is, at its heart, a matter of public trust.”

In resigning he joined Johnson, who had also resigned from May’s Cabinet for the House of Commons backbenches just months earlier.

A controversial figure who has enemies inside government 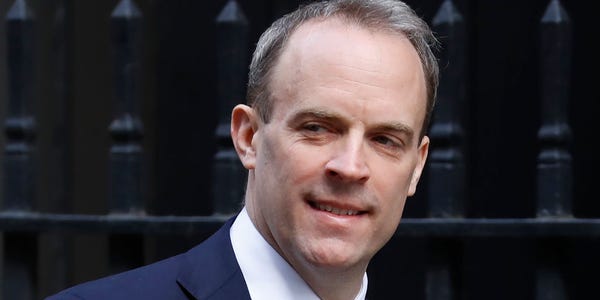 Getty The news that Dominic Raab would deputise for Johnson should he fall ill, which was confirmed by aides on Sunday, was received like “a cup of cold sick” by his cabinet rivals, according to Katy Balls, the Spectator magazine’s deputy political editor.

Some colleagues believe he lacks emotional intelligence and fear he would struggle to rise to the occasion should he be forced to step into Johnson’s shoes, Balls wrote.

Raab has occasionally caused controversy for his hardline views. In 2011 he claimed that “feminists are now amongst the most obnoxious bigots” in the UK. “From the cradle to the grave, men are getting a raw deal,” he claimed.

Raab stood by that position last year, saying in a BBC interview that it was “really important that in the debate on equality we have a consistency and not double standards and hypocrisy.”

Responding to Raab’s comments Labour Member of Parliament Jess Philips told the channel: “Everybody in Westminster knows that Dominic Raab does not have the women in the country’s interests at heart.” 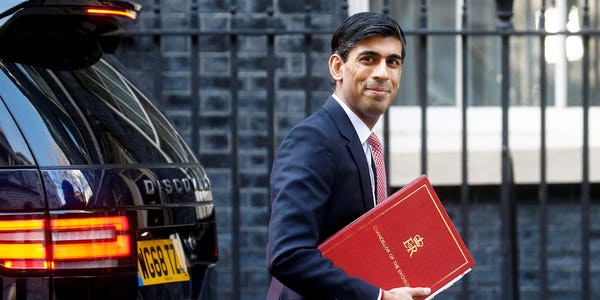 The UK Chancellor Rishi Sunak REUTERS/Henry Nicholls Some of Raab’s rivals believe there are other candidates who would be more obvious for the role of acting prime minister.

Rishi Sunak, the newly appointed chancellor, has received heavy praise for performance during press conferences in Downing Street where he announced a historically large package of support for firms and workers.

Polling following the performance showed he is now even more popular than the prime minister. Raab, by contrast, currently has an approval rating of minus 17%.

Michael Gove, the chancellor of the Duchy of Lancaster, is also considered by many Conservative MPs as a safer pair of hands than Raab, with more cabinet experience and significantly more ministerial ability.