More and more information is coming out about John Beilein's disastrous, short-lived head coaching stint with the Cavaliers

By feedback@businessinsider.com Meredith Cash on February 21, 2020
This post was originally published on this site

John Beilein’s short-lived tenure as head coach of the Cleveland Cavaliers came to an end Wednesday, and new accounts suggest his reign was far more tumultuous and contentious than anyone initially believed.

A report from The Athletic’s Shams Charania, Jason Lloyd, and Joe Vardon details a number of incidents — including Beilein’s purported use of the term “thug” to describe players — that contributed to Beilein losing the locker room and, shortly after, his job.

“I don’t even know how things got to this point,” a Cavaliers player told The Athletic regarding relations between Beilein and the franchise.

From very early on in his incumbency, Beilein struggled to win players over

He adhered to the stringent, unrelenting mentality that brought him success at the collegiate level, but the strategy that was effective with West Virginia Mountaineers and Michigan Wolverines players was not nearly as well-received by professional athletes.

John Beilein is out as head coach of the Cleveland Cavaliers. David Zalubowski/AP Images

Beilein’s tone became a point of irritation for rookies and veterans alike. Sources described the 67 year old as both nitpicky and condescending towards players. He seemingly showed no interest in adjusting his coaching style — either in the form of his relationships with players or his game plans — to reflect the demands of the pros.

“He was a dictator — not a coach suited for today’s NBA,” a source told The Athletic.

Beilein wanted the team to practice on Christmas Day

NBA columnist Jackie MacMullan alleged that Beilein took this lock-down approach much further than his head coaching counterparts in the league. She told Brian Windhorst on a recent episode of his ESPN podcast, “The Hoop Collective,” that Beilein tried to schedule a practice on Christmas Day. Players were infuriated, and thought it was yet another example of their head coach being out of touch with the demands of the modern NBA.

“And, of course, that didn’t happen because somebody very quickly squashed that,” she added.

While on an early January road trip to play the Detroit Pistons, Beilein organized a film session for the team at a hotel. It was then that the longtime college coach referred to his own players as “a bunch of thugs,” according to a report from ESPN’s Adrian Wojnarowski.

Unsurprisingly, players did not take kindly to their head coach’s racially-charged words. Wojnarowski reported that Cavs players “left the room initially stunned and were increasingly disturbed as they dispersed out of the meeting.” Though Beilein quickly tried to walk back his words, claiming he meant to say “slugs,” the damage was already done.

“I didn’t realize that I had said the word ‘thugs,’ but my staff told me later I did and so I must have said it,” Beilein told Wojnarowski. “I meant to say slugs, as in slow-moving. We weren’t playing hard before, and now we were playing harder. I meant it as a compliment. That’s what I was trying to say. I’ve already talked to eight of my players tonight, and they are telling me that they understand.” 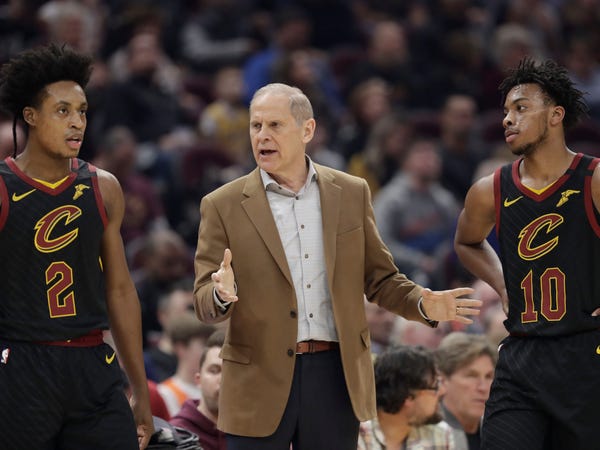 Reader, they did not understand.

“The worst part to me was not owning that he said it,” a player told The Athletic.

Some players took Beilein’s explanation and apology as “an insult to their intelligence” and refused to let the incident blow by without paying it any more attention. As a result, some of the Cavaliers took to blasting music that featured the word “thug” whenever Beilein was near. Songs like Bone Thugz-n-Harmony’s “Thuggish Ruggish Bone,” Tupac’s “Thugz Mansion,” and Trick Daddy’s “I’m a Thug” were heard playing in the locker room, during workouts, and on the team bus.

“There was no coming back from that,” a player told The Athletic.

Beilein was ready to take a risk in taking his talents to the NBA. It didn’t pay off.

According to The Athletic’s report, “friends and associates tried warning him that he may not fit” before he accepted the role. Others suggested “that his collegiate style may not translate to the professionals,” Charania, Lloyd, and Vardon wrote. 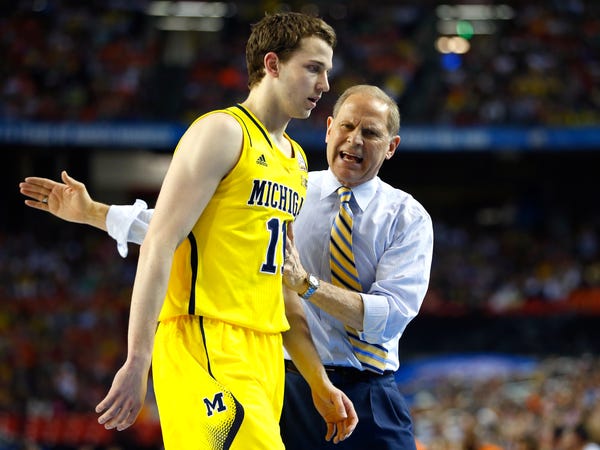 “But Beilein was undeterred.”

Ultimately, it took just 54 games for the John Beilein NBA experiment to reach its abrupt conclusion. He was so miserable in his role in Cleveland that he voided his four-year contract, thereby leaving $12 million on the table, just to leave.

Whether he chooses to return to the NCAA remains to be seen, but there’s undoubtedly still a place for him at the collegiate level. Over the course of his 41-year college head coaching career, Beilein owned a 829-468 record and 35 winning seasons. He’s revered even among the NCAA’s elite, and perhaps he’s now come to realizes it’s where he belongs.