China sacked a brace of top officials in Hubei province, likely in a move to protect Xi Jinping from people's anger over the coronavirus outbreak

By feedback@businessinsider.com Bill Bostock on February 13, 2020
This post was originally published on this site

China’s leadership has ousted four senior officials in Hubei province, where the deadly Wuhan coronavirus broke out, this week following reports of discontent in Beijing.

On Thursday it sacked Jiang Chaoliang, the Chinese Communist Party (CCP) chief in Hubei province, and replaced him with the deputy CCP chief in Shanghai, Ying Yong, The Guardian reported.

The CCP chief in Wuhan, Ma Guoqiang, was also fired, and replaced by Shandong CCP chief Wang Zhonglin, according to The Guardian.

Passengers who just arrived on a train from Wuhan are screened for coronavirus in Beijing. Kevin Frayer/Getty Images

These oustings follow a slew of others that took place earlier this week, which include:

Many of these officials, as well as multiple others, were given warnings from the Communist Party and “serious administrative demerits.” 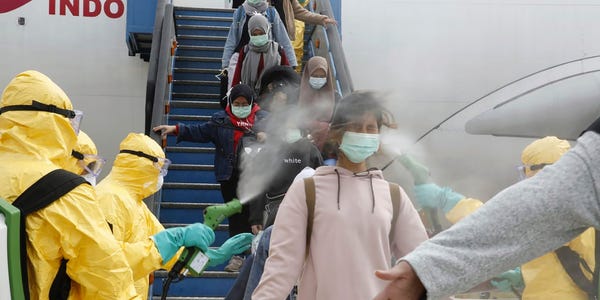 Indonesians arriving from Wuhan are sprayed with antiseptic at Hang Nadim Airport in Batam, Indonesia on February 2, 2020. Indonesian Foreign Ministry via AP

Dozens of low-level health officials across the country have also been removed from their roles, allegedly for failing to contain the spread of the coronavirus epidemic, Reuters reported.

The firings come amid widespread anger and suspicion by Chinese citizens that the government may have suppressed the information, and punished people who spoke out.

After the death last week of a doctor in Wuhan, who was silenced in January for warning his colleagues about the outbreak, many citizens called for freedom of speech in the authoritarian country.

Gao Yu, a top official from Beijing overseeing the outbreak, visited Wuhan on Wednesday and criticized the conduct of medical officials “for failing to fulfill the task ordered by the central government,” the state-run China Daily reported. 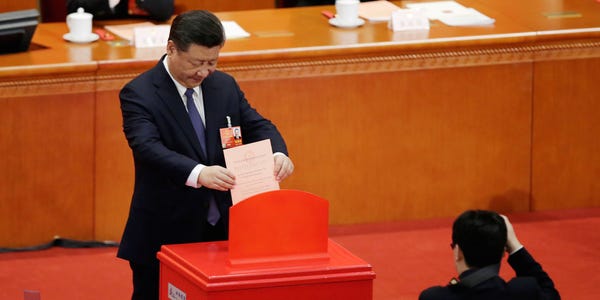 Chinese President Xi Jinping drops a ballot at the Great Hall of the People in Beijing in 2018. Reuters/Jason Lee

Experts say the sackings show that President Xi Jinping is actively diverting blame for the outbreak away from Beijing.

“This is clearly Xi’s move,” Professor Dali Yang, from the University of Chicago, told The Guardian Wednesday. “The stakes are high and he needed time to find the right people for the positions to salvage the Hubei, Wuhan situation.”

So far, Xi has been noticeably absent from the battle against the virus, only appearing for the first time at several hospitals in Beijing on Monday. 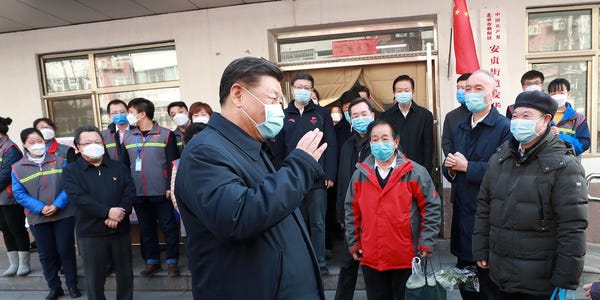 “If the situation improves, he will take credit. If it worsens the blame will be pinned on Li Keqiang,” Willy Lam, an adjunct professor at the Chinese University of Hong Kong, previously told The Guardian.

Li is China’s premier — Xi’s right-hand man — who has been put in charge of managing the Wuhan outbreak.

Rui Zhong, a China expert at the Wilson Center, told CNN before Xi’s first appearance: “The central government may be still in an active process in gauging when it’s appropriate for Xi to appear to take the reins of the coronavirus fighting efforts.”

The committee said they saw “shortcomings and deficiencies exposed in the response to this epidemic,” and pledged to improve the country’s emergency management system.