Three key trends we took away from CES 2020

By rhollander@businessinsider.com Rayna Hollander on January 14, 2020
This post was originally published on this site

The 2020 Consumer Electronics Show (CES), which took place January 7-10 in Las Vegas, saw some of the world’s largest tech companies show off new solutions and capabilities. CES is an important event for the connectivity and tech space because it provides a peek at technological shifts.

Here are three key trends that the analyst team at Business Insider Intelligence distilled from the flood of company announcements, showcases, and events coming out of CES last week.

5G moving beyond the smartphone was a principal trend at this year’s conference.

Rayna Hollander: As expected, 5G connectivity was the hottest topic at the conference this year.

5G smartphones have taken center stage over the past year, with nearly 30 5G smartphones commercially available by mid-December. But CES 2020 revealed that 5G’s transformative power extends far beyond the phone, suggesting that the largest connectivity opportunities for 5G may lie outside the smartphone sector.

Here are three key announcements that demonstrate how the 5G trend is extending beyond the smartphone:

Peter Newman: Companies like Amazon, Google, and Apple are fighting to win over digital time in the car. They’re signing contracts with automakers to include their vehicle platforms within the car, and they’re trying to convince consumers to use their phone-based car services as well. 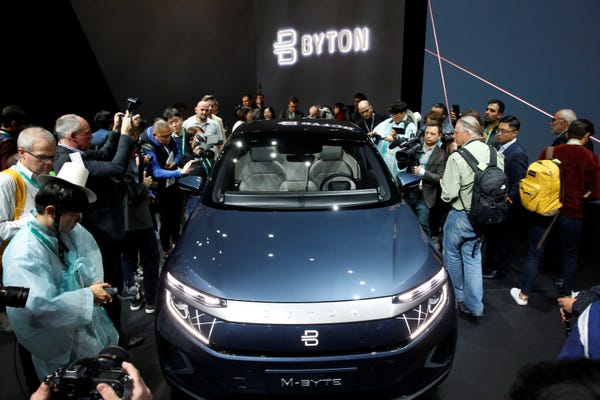 CES 2020 was the third year of the show where voice in the car featured prominently in announcements, and while there have been key developments at the event and elsewhere, voice in the car isn’t particularly groundbreaking anymore, but rather a matter of design wins and contracts. There’s not a huge amount of room for further innovation in this space.

But there is the potential for massive growth and upheaval in the expanding market for in-vehicle visual entertainment. Amazon, for instance, inked deals to embed its Fire TV streaming platform into the backseat of vehicles from BMW and Fiat Chrysler (FCA) so that passengers can watch video on seat-back monitors.

Chinese electric car manufacturer Byton partnered with ViacomCBS, meanwhile, to build up content options for the 48-inch screen that’s going to be included on its forthcoming M-Byte model. Other forward-looking vendors like Tesla have already developed systems of APIs and plugins to let people use the large built-in screen on the dash to stream media such as Netflix, Hulu, and more.

These ventures are just the beginning, though, and are setting the stage for deeper partnerships and markedly increased consumption that will come as autonomous vehicles make their way onto the roads. Self-driving cars will free the driver from the task of overseeing a vehicle’s operation, meaning that any car, whether it has passengers inside or not, is a potential site to consume multimedia.

The types of cars that automakers are developing to inhabit the forthcoming self-driving roads are geared to enable direct consumption, rather than simply directing attention down toward devices like the smartphone.

Establishing relationships with automakers will be a key race moving forward so that tech suppliers and media companies can get their content in front of viewers’ eyes, while likewise allowing purveyors of streaming media to improve their in-car experience before demand reaches the mainstream.

The connected home is transforming into a digital health ecosystem.

But just as wearables have increasingly become healthcare devices, so too has the broader connected device category expanded to include more fitness and wellness use cases. Alexa already reminds users to take medications, while Apple placed the Apple Watch at the heart (quite literally) of its healthcare ecosystem, which Morgan Stanley estimates could generate $313 billion by 2027.

But this year’s CES showed the connected device ecosystem maturing to further encompass healthcare applications, with devices in this segment more prevalent than ever. Here are a few CES 2020 products that speak to the future of this space: